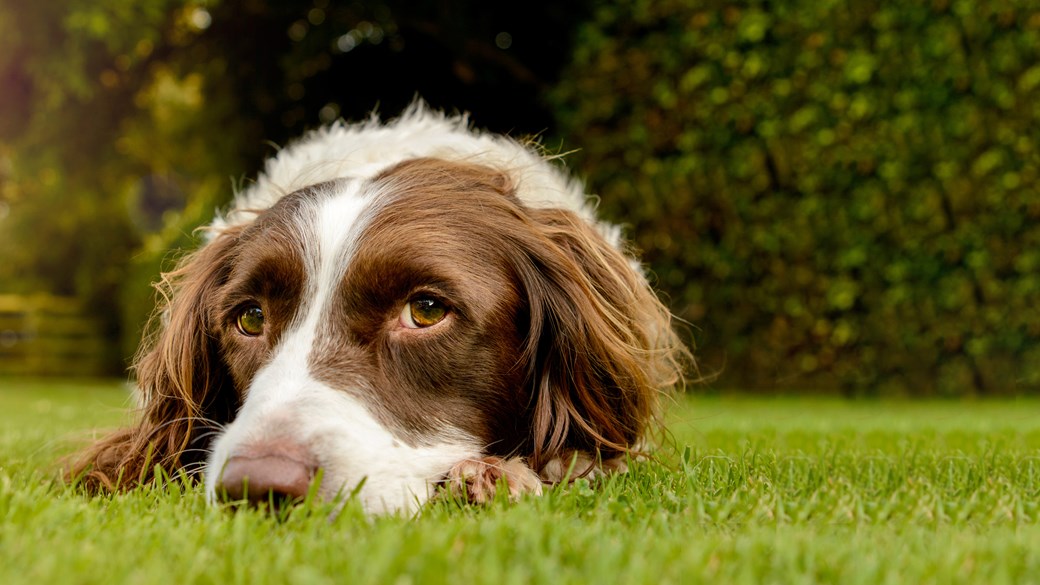 Lungworm And Your Dog

Lungworm is a nasty condition that can be fatal.

Lungworm is a parasite that can be deadly to dogs if ingested. It uses multiple animals to help complete its lifecycle, with dogs and foxes as the primary hosts, and slugs, snails and even frogs as the intermediate hosts.

Lungworms are short worms, only reaching 2.5cm in length as adults, which live within the chambers of the heart, and in the artery that connects the heart to the lungs. Despite their main home being in the heart, these worms are called lungworms as they cause mainly lung-related signs such as coughing.

Unlike some other worm species you won’t see an adult lungworm, as the adults only live within dogs and foxes. Canine lungworm, also known as Angiostrongylus vasorum, reproduce by producing eggs which hatch into larvae. These larvae are coughed up from the lungs, swallowed, and passed out in faeces. Once in the faeces, larvae are picked up by slugs and snails, and mature until they are old enough to be infective to dogs and foxes.

Prevalence in our UK fox population has grown from 7% to 18%, meaning that it would be practically impossible to eradicate lungworm from the wildlife population. With slugs and snails as another reservoir of infection, protecting our dogs with lungworm preventative treatments is the only way to ensure they are not exposed to infection.

These larvae can survive for a short time off hosts such as slugs and snails, so larvae can also be found on toys and in water bowls where slug or snail contamination might not be obvious.

Don’t forget, dogs do not have to eat the actual snail or slug to get infected. Although habitual slug and snail eaters are more at risk, any dog with access to slug and snail environments may come into contact with lungworm larvae.

The most common symptoms of lungworm infection are:

If your dog is experiencing any of these signs you should make an appointment with your local Companion Care as soon as possible.

Thankfully, although you can’t stop your dog being exposed to lungworms, there are lots of options for preventing an infestation developing.

If you think your dog might have a lungworm infection, the best thing to do is to go to your vet. They can do a full physical examination, and check your dog over from nose to tail!

Thankfully there is a simple blood test for lungworm, so your vet can assess the risk of your dog being infected. If there is a risk your dog may have lungworm, your vet will prescribe a worming treatment suitable for your pet, which should eliminate the worms, as well as providing any other treatment that might be necessary if your dog is showing more serious signs. They can also help you plan a worm prevention plan going forward too, to make sure your dog stays protected.

Lungworm cannot be transmitted to humans.